Of the available mammalian cells, HEK 293 is one of the most industrially relevant cell lines because it is cGMP compliant and is able to grow in suspension in a variety of serum-free media. Of note, production of human therapeutics in mammalian cell culture has become more and more stringent in past recent years and not only demands serum-free but also animal-component free production conditions to ensure safety.

The aim of this project was to optimize HEK 293 cell growth by addition of non-animal derived components to serum-free and protein-free media through design of experiments (DoE) in order to maximize productivity of a recombinant VLP vaccine by PEI-mediated transient transfection.

We have analyzed the kinetics of HEK 293 cell growth in Medium 1. The cells grow to a maximum concentration of ~ 3 106 cells/ml with over 90% viability and show an average doubling time of 24 h. In addition, we have evaluated cell growth in two other commercial serum-free culture media (Medium 2 and Medium 3), that are also compatible with PEI-mediated transient transfection, observing similar cell growth compared to those obtained in Medium 1.

We have evaluated the effect of foetal bovine sera (FBS) in these serum-free culture media. Cells can triplicate their maximum cell densities (9,3 106 cells/ml) in the presence of 10% FBS.

Due to the important effect of serum on HEK 293 cell growth, we decided to evaluate the effect of non-animal derived serum components on cell growth in attempt to improve cell densities while keeping animal-free production conditions. For these studies, we have selected 3 recombinant proteins (albumin, transferrin and insulin) and an in-house lipid mix composed of synthetic cholesterol, fatty acids, tocopherol and emulsifying agents. The optimal combination of these components in the final formulation has been determined by using DoE.

Results have shown that by adding a mixture of animal-free supplements normally provided in serum to serum-free cell culture medium, it is possible to reach cell densities comparable to those attained in the presence of 10% FBS while avoiding the problems derived from its use. 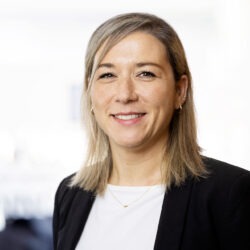