The ancestors of cell culture media were balanced salt solutions (BSS) devised by early workers, the first of which was in 1885 by Sydney Ringer (1836-1910), a British clinician and pharmacologist from University College London interested in studying isolated organs ex vivo.

Such solutions provided irrigation and supply of water, bulk inorganic anions essential for normal cell metabolism, osmotic balance (isotonicity), a carbohydrate such as glucose as an energy source, and a buffering system to maintain the medium within the physiological pH range.

However, it became clear that to get cells to proliferate in vitro; additional nutrients had to be added to culture media.

Ross Harrison (1870-1959) and later Alexis Carrel (1873-1944), a French surgeon, pioneered the first successful tissue culture by feeding animal serum to the cells. These early mediums were made of a salt solution and chick embryo extract. Carrel managed to maintain an embryonic chicken heart explant for 34 years using this solution. His belief that primary cells in culture were immortal given the appropriate nutrition was disproven by Leonard Hayflick. He demonstrated in 1965 that normal human diploid fibroblasts do not survive in vitro for more than approximately 50 divisions (“Hayflick’s limit”).

The earliest attempt to eliminate the variability introduced by the need for serum was the chemically defined, synthetic medium (F12) devised by Richard G. Ham at the University of Colorado in 1965.

Gordon H. Sato (born 1927), an American cell biologist at UCSD, with David Barnes at the University of Pittsburgh, developed a serum-free media for various cell lines in the late seventies. This serum showed that the cell lines have different requirements for hormones, growth factors or other factors such as attachment factors.

But they found out that there was a rather “universal” growth factor: insulin.

We know today that, indeed, the bulk of the growth-promoting effect of insulin in cell culture is likely through its low-affinity interaction for the insulin-like growth factor I receptor (IGF-IR). However, mammary tumour cell lines like the MCF-7 cell line appear to respond to low insulin levels, suggesting that the insulin receptor mediates the growth-promoting effect in those cells. 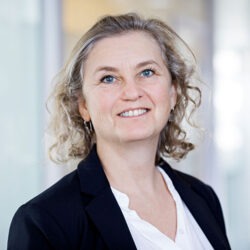