From cultured meat to artificial blood: The role of recombinant insulin in modern manufacturing

From cultured meat to artificial blood: The role of recombinant insulin in modern manufacturing

Since its development in 1978, recombinant insulin has protected the lives of millions of diabetic patients around the world. Meanwhile, insulin has become an instrumental component in serum-free growth media for mammalian cells, helping scientists manufacture innovative drug products.

Today, insulin’s potential is not slowing down. Based on its performance in cell culture media, insulin has an important role to play in many new and exciting manufacturing areas. Timur Özbay, Head of Sales at Novo Nordisk Pharmatech, has been interviewed to find out more.

Timur Özbay: Insulin is a treatment for diabetic patients. Its history started with the first animal-derived insulin from the pancreas of pigs. In the late 70s, the industry transferred to a recombinant process where insulin is produced without animals. This is based on biological processes involving host cells (yeast cells, in this case) to express the insulin.

The main application is therapeutic but there are numerous technical applications for insulin in cell culture media, and these are what Novo Nordisk Pharmatech is focused on.

Q: How and why is insulin used by the pharmaceutical industry in cell culture media?

TO: Recombinant insulin can be used as a supplement in the production processes of large biomolecule drugs, which are produced by cells that require a medium to grow. The classic example is monoclonal antibody drugs used for cancer treatment, bowel disease, and haemophilia. Here, insulin is used as a supplement for mammalian cells to have a higher productivity, meaning a higher yield of the antibody that the host cells are supposed to express. Insulin also helps you achieve a higher cell density, higher cell viability and slower cell death, and overall happier cells.

Another application that we want to follow further are therapeutics that facilitate DNA modification, through the use of viral vectors. These so-called gene therapies are on the rise and rely on vector production, which can be manufactured using insulin.

Q: How is insulin used by producers of artificial meat?

TO: If you look at a steak, you’re looking at fat and muscle cells, and this is something that you can also grow from stem cells. The whole stem cell area really opened up a lot of different applications where suddenly a biological production process can replace a traditional product the way we know it.

The processes are very similar to what we are seeing in advanced cell therapy applications for bioprocessing. You still need the host cell and the media to grow and multiply these cells, and you need to purify them in order to get rid of the media components and any side products. As these processes are so similar, you also have an application for insulin in the media to enable better multiplication of the cells. To maximise the process output, cell density is key to having cells at a higher production rate.

Q: What kind of positive impact could this have?

TO: There are many advantages. Meat consumption is contributing a lot to the footprint that humankind leaves on this planet. Firstly, there’s the food we grow and the water we use to feed the animals. Then there’s the antibiotic use, and of course the ethical aspects. There is a big focus not only on the commercial side, but also on the environmental aspects that agriculture has today.

We have the need and we also have the technology to create artificial meat. We’ll see more and more products in this line. Right now, it’s beef, poultry, and fish products. The dairy arm is also growing; some are talking about producing milk without animals.

It’s all in very early stages but we expect by 2025 to see the first products in the supermarkets. It’s a very exciting time; there are lots of start-ups defining their first manufacturing processes and we are trying to support as much as we can.

Q: What else might the future hold for insulin?

TO: Blood is something that has traditionally relied on volunteer donations. To be able to close that gap by producing blood from stem cells is another exciting application for insulin. We’re currently talking to start-up companies in the early stages.

Again, it all comes down to the pluripotent stem cells which can diversify into any cell you like, whether it’s neurons, red blood, or tissue cells. They all need a good environment to grow in, and this is where insulin enters the game. It helps manufacturers achieve the scale that’s desired, which if you look at blood production is massive volumes. Like the artificial meat and dairy applications, this will grow exponentially alongside the therapeutic uses for insulin.

Q: Why should manufacturers source their recombinant insulin from Novo Nordisk Pharmatech?

TO: The obvious answer is the quality. Whether you’re manufacturing drugs or artificial meat, the process relies on standardisation. That means you need a reliable supplier that always delivers a consistent quality. At the same time, you also want to have a qualified or validated process with a stable supply chain behind it.

Our Insulin Human AF is manufactured by our parent company Novo Nordisk, the world´s largest producer of insulin. It’s the same product that they supply patients with. We have a cGMP-produced product and follow the highest standards when it comes to quality. We are one of the foremost runners in the pharmaceutical field.

At Novo Nordisk Pharmatech, we are also trying to dedicate ourselves to these new, innovative applications. Together with the start-ups we support, we’re trying to investigate the regulatory fields and support on technical aspects of the application as well as finished product safety. Next to quality, our customers safety is the highest concern, and this is why we recommend to go with us. 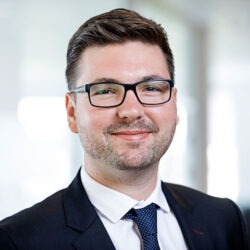