Well known for its life-critical ability to regulate healthy blood glucose levels in vivo, insulin is an essential hormone produced by the beta cells of the pancreatic islets. For years, science relied on animal-derived insulin to treat people with diabetes, who produce dangerously low levels of the hormone. Obtaining large amounts was difficult, however.

In 1982, advancements in genomics led to the development of a human, recombinant, insulin – a biosynthetic product that, unlike its animal-derived alternative, was chemically identical to human insulin and producible in large quantities.

The development of recombinant insulin was a very important scientific breakthrough. Not only does it ensure the supply of a life-saving hormone for diabetics, it also functions in vitro as a growth factor for mammalian cell lines. Insulin helps biologists to regulate cell growth differentiation, cell survival, and cellular glucose uptake by modulating transcription, DNA synthesis, replication and stimulating protein translocation.

In the wider cell culture media industry, a similar advancement from serum-based to non-animal-derived media has also taken place. Moreover, an ongoing trend in the industry is the shift towards chemically defined (CD) systems, which support the manufacturing quality requirements of cell therapy, gene therapy, tissue processing, vaccines, and recombinant proteins.

In the culture of mammalian cells, the use of commercially available CD media is common practice. “These media are optimised to support cell growth and recombinant protein production, and are usually highly complex,” explains Chantale Julien, Product Manager for Insulin Human AF at leading insulin-supplier Novo Nordisk Pharmatech. “However, their composition is usually proprietary and unknown for the user. When used for a specific cell line, CD media may not support its specific requirements, and therefore supplementation with other compounds at optimal concentrations may provide substantial improvement in cell performance.”

In the presentation Why Use Recombinant Insulin in DoE For Your Media Development?, Julien shared a case study conducted by the University of Barcelona in partnership with Novo Nordisk Pharmatech. The experiment used a CHO cell line – the preferred mammalian cell host for the production of recombinant proteins, including monoclonal antibodies (mAbs).

Media supplementation is generally addressed by means of the traditional one-factor-at-a-time Design of Experiment (DoE) approach. However, these techniques may be inefficient, time-consuming and costly in initial screening phases. In this study, a DoE statistical approach that used a combination of the Plackett-Burnham and Box-Behnken designs was deployed to increase cell growth and mAb production through supplementation with animal-free recombinant compounds.

The first part of the work consisted of a folded over Plackett-Burman design (PPD), which was used to detect possible synergies between compounds in the screening phase. PPDs are developed to eliminate factors having no effects on the responses. Meanwhile, a folded over matrix PPD improved the detection of factor interactions in the screening phase of a full DoE approach.

Growth kinetics were followed every 24 hours for eight days, allowing the maximum viable cell concentration to be determined for each condition. The eight compounds were screened at two levels: a low level (meaning no additive) and a high level defined by toxicity experiment.

However, this was considered difficult to be adopted in manufacturing due to the high cost of transferrin. Therefore, 21.3mg/L of transferrin, 2mg/L of insulin and 1.8 x of Tween 80 were selected as being the optimum condition. Under this condition, the predicted maximum viable cell concentration was 9 + – 1 million cells per ml. Overall, the sequential use of the modified PPD in combination with a Box-Behnken design led to a 1.5-fold increase in cell growth, and 2-fold increase in Mab titer in suspension batch culture.

Effect of insulin on cell growth and mAb productivity

In a follow up study, the effect of insulin media supplementation was tested in three types of commercially available CHO CD media to compare cell growth and productivity. After 48 hours, a significant improvement in cell growth was achieved with the addition of insulin in all three CD media.

As the leading supplier of recombinant insulin, Novo Nordisk Pharmatech’s Insulin Human AF is a key component in serum-free growth media for pharmaceutical companies around the world. Manufactured to the highest standards at a cGMP facility, Insulin Human AF comes with complete documentation and is analysed in compliance with the European and US pharmacopoeias. To find out more, please click here.

You can see the complete presentation here. 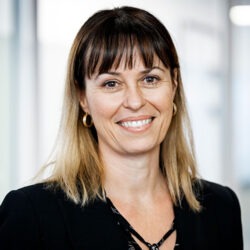